In recent weeks, I reported that Greece’s descent into Fascism has resulted in immigrants, LGBT and poor people facing mass arbitrary arrest, assault and imprisonment as government policy. However disquieting news now comes from Switzerland, as the government passes laws establishing an Apartheid system, segregating immigrant groups from public spaces and housing them in detention camps.  Why is Switzerland, and other European nations turning on their immigrants? 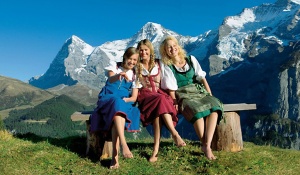 Switzerland is largely known for watches, army knives, tax avoidance and ski-ing.  The country is actually called the Swiss Confederation and is a federal parliamentary republic, more on the model of the US than many European states. The nation is bordered by Germany to the North, France to the West and Italy to the South and has a population of 8 million people.

According to the World Bank, Switzerland is the 6th richest nation by GDP per capita, above the United States (7th) and the United Kingdom (22nd).  Wealth inequality (the gap between rich and poor) in Switzerland is also lower than in the UK or the US.

Switzerland is also by no means homogenous, with a historic legacy of immigration leaving 20% of the country with an ‘immigrant’ background (meaning they are descended from immigrants). This immigration is almost entirely 19th-20th century European immigration.  As a result the country has four official languages; German, French Italian and Romansh.

So if Switzerland is one of the wealthiest, most equal countries on the planet, with a legacy of immigration but no major immigration issues today – why on earth is it closing its borders and becoming an Apartheid state?

Switzerland earned the ire of the EU in April this year as it announced a cap on EU immigration of just 2,180 for 12 months.  This is in direct contravention of the policy of open borders within Europe which permits the free movement of Europeans across the continent. Although not members of the EU, Switzerland has approved bilateral treaties with the EU for the free of movement of persons.

In June, 80% of Swiss voters backed government plans to place tougher rules on those seeking asylum in the nation.  These rules mean people can no longer seek asylum for being conscientious objectors or deserting foreign militaries – this mainly targets African asylum seekers fleeing conscription in Eritrea.

But it didn’t end there.  Local authorities are now introducing wide ranging and draconian restrictions on asylum seekers, announcing thirty two Exclusion Zones, that it public spaces which asylum seekers are no longer permitted to enter – including swimming pools, libraries and churches.  One of the rules even includes no ‘loitering in school playgrounds’ implying the most negative of connotations upon those seeking asylum.

Speaking to the Independent, Mayor of Menzingen Roman Staub supported the apartheid legislation stating “This is certainly a very difficult area, because here asylum-seekers could meet our schoolchildren – young girls our young boys,”

On top of this asylum seekers are to be accommodated in detention centres, guarded by the police.  This is not for their safety, but apparently the protection of the Swiss people.  The head of the cantonal government, Beat Villiger, said “Even though the occupants will be women and children, there will be criminals among them,” he said, and Staub agreed. “If anyone does turn out to be a criminal, we expect the immigration authorities to come down hard on them,” he said.

Switzerland has the lowest crime rate in the world.

Yet, far from being the unendorsed actions of renegade cantons (districts), the federal government of Switzerland has come out in support of the moves.  According to the Telegraph:

Urs von Däniken, of the Swiss federal office for migration, told the German broadcaster ARD: “These are sensitive areas which have been marked out in the interests of peaceful coexistence between society and asylum seekers.”

Switzerland has just 48,000 asylum seekers waiting to be processed.  This is double the rate of asylum seekers per head than its European neighbours, but those nations have significantly higher immigration numbers from both within and without the EU.

There are however, dissenting voices within Switzerland.  From the Independent:

“A spokesman for Switzerland’s non-governmental Refugee Council described the restraining orders as “intolerable and inhuman” and demanded that the authorities suspend the measures. “It is up to the authorities to create an atmosphere of openness,” the spokesman added. The human rights group Solidarité Sans Frontières said the restrictions were “blatantly discriminatory.”

And even billionaire women of colour like Oprah Winfrey are not safe from the racially exclusionary culture of Switzerland.  Oprah was refused service at a high end store this week, by a sales woman who explained to her that she could not afford the goods in the store.

Where is the Solidarity?

Switzerland has been quite happy to generate its wealth from the ill-gotten gains of some of the most corrupt and evil regimes, corporations and individuals in human history.  This is the country that refused to return Nazi gold confiscated from Jewish people, or adequately compensate their loss.

The notorious tax haven status of Switzerland has seen Treasuries across the globe, including the UK, chasing up the Swiss government for lost revenues.  Just today, Tax Justice Network reveals a botched deal with Switzerland means efforts to recoup £3.2bn (a fraction) of evaded taxes squirrelled away in the nations vaults has collapsed.  The UK is likely to receive no more than £347m, and as Osborne counted this money in his figures for deficit reduction, the pain will likely come from already hard hit public services instead.

So while the Swiss state is happy to enjoy the wealth granted by the oppression and impoverishment of others, it is not willing to deal with the consequences.  The thought of brown, black and white people fleeing to their shores from across the countries exploited by the very corporations and individuals stashing their cash in Geneva accounts has whipped up a dangerous racial rift, resulting in these exclusionary policies.

With Greek internment camps, Swiss exclusion zones and UK #RacistVans – isn’t it time we took a look at ourselves and stopped blaming the victims of this unfair system, and stand in solidarity with them instead?

You can tweet @ukhomeoffice and join the fightback over the #RacistVan

ENJOY THE READ? YOUR DONATIONS ARE THE ONLY INCOME TO KEEP THE BLOG GOING.  PLEASE DROP SOME COINS IN THE VIRTUAL TIP JAR! CLICK HERE TO SUPPORT.